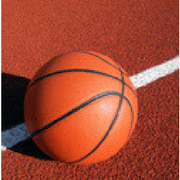 When 13-year-old Natalie Gilbert was asked to sing “The Star-Spangled Banner” at a nationally televised NBA Western Conference playoff game, it was a dream come true. But what happened on the day of her performance was more like a nightmare.

On April 25, 2003, Natalie bravely stood alone at mid-court in Portland’s Rose Garden Arena. As she began to belt out the familiar words of the national anthem before a capacity crowd, however, her mind went blank. She forgot the words. Closing her eyes and shaking her head, she appeared on the verge of tears.

At that moment Maurice Cheeks, the head coach of the Trailblazers, walked toward her. Cheeks put his arm around the girl and began singing with her.

“I didn’t even know if I knew all the words, but as many times as I’ve heard the national anthem, I just went over and continued to sing,” Cheeks told CBS SportsLine. “The words started coming back to me and I just tried to help her out.”

As he reminded the girl of the lyrics she’d forgotten, he encouraged the crowd to sing along. They did. Together, they made it all the way through, to “the home of the brave.”*

Imagine yourself in a predicament like this, and it begins to really hit home how amazing this gift of support must have felt to this young girl.

Today, you and I are called upon to encourage and uplift one another. That support may not be as public, or as emotionally charged as this coach’s arm around a fearful 13-year-old girl who couldn’t make it through a song, but it can still have a powerful effect on the life of the one who is receiving it…and on ours as well.